The RodeCaster Pro 2.1 Firmware Update introduced a lot of new features. While some may seem like minor upgrades, others are massively important in the way podcasters as well as live-streamers can utilize this console. It is great to see that Rode keeps raising the bar. Here is our live review of new features introduced in the latest firmware update, and while this is still a beta release, it has been one of the most reliable betas I have ever encountered. 2 weeks and counting and not a single issue. (Well, perhaps one issue, but it’s a minor omission…)

If you are interested in trying these features, you can download the beta here. So let’s dive in:

New Firmware Update for Rodecaster 2.1b

Rodecaster released a beta firmware update for their Rodecaster Pro 2.1, and this update is significant. Let's explore some of the new features with a demo walkthrough of a few of the new main features and also explore ways that live streamers may take advantage of this device.

What is the Rodecaster Pro?

For those unfamiliar, the Rodecaster Pro 2.1 is a podcast oriented production mixer that allows you create a professional sounding podcast from one device, without needing a computer. It of course does connect to your PC or Mac and serves as a super capable audio interface, allows you to connect to your devices, have several people in the room, record and mix down a podcast, including intros, outros and music snippets.

You have the four audio channels, and your USB, which is the audio that's coming in from your PC. You have an extra input labeled "phone" to connect a phone with Bluetooth. Record your Livestream and have an instant podcast from your video. This device has music banks that you can overdub and create on the fly intros, outros, and repeatable snippets of audio that you may use over and over again.

A fantastic benefit is the ability to connect your phone via Bluetooth. As a result, you can play music, sound effects, plus people can easily dial into your show. For creators and live-streamers who are not on Zoom or Skype, this is an easy additional alternative with fantastic sound quality.

The old Rodecaster Pro console had channel preset; now however, you can edit the presets of each channel for broadcast rich sound on your microphone.

Let's look at a quick overview of what's included in the 3rd major Rodecaster Pro firmware update, and why I think this is a significant update.

A past complaint that Rode fielded was the fact the effects on their Rodecaster Pro 2.1 through 2.0 consisted of presets and weren't editable. With this new Rodecaster Pro 2.1 firmware update, they are now editable, and these effects can be edited in 2 places

Not only can the sound effects be edited on the console itself, but also there is a fantastic new software feature part of the Rodecaster Pro Software, which allows you to shape your sound much more conveniently, by editing the effects on your computer.

Also new is the ability to export directly to .mp3. You can, for example, record a live-stream, and then publish a podcast in .mp3 format asa finished episode on the fly.

An additional change they've introduced is global ducking. This feature lowers the volume of background music when you're speaking.

The display can now be changed to indicate db volume level indicators and looks and functions more like a pro console display. Previously these meters were still visible, but without any reference db indications.

Rodecaster Pro for Livestream Use

You can produce NPR quality livestream audio as well as podcasts right out of the box.

There are a variety of new effects, and they've really added a lot of flexibility and capability in production.

This feature allows you to just hit the record button and create a podcast that would be on par with the produced Adobe audition post-production workflow.

Up Next – Optimizing The Noise Gate

We are workin on a series of videos to explore how to get the most out of the editable effects. The first one of these videos is about how to optimize the noise gate for live-streaming, and it is live on YouTube Now, with a full write up coming up soon. 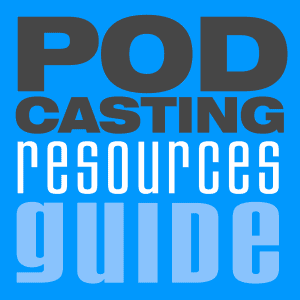