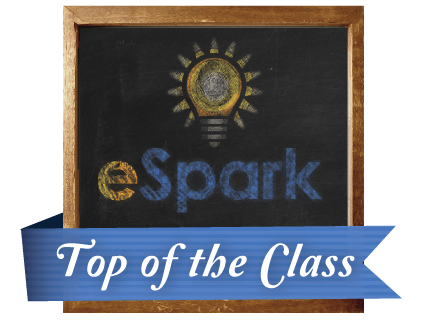 Last Updated on January 7, 2015 Polymash is proud to announce that one of its apps, Wild Dolphins, has been acknowledged as a Top of the Class app by eSpark.

The iPad app tells powerful stories through interactive media of dolphin rescues and efforts to keep them living safely in the wild.   The app, Wild Dolphins was created by a large team of committed, talented, professional people from Florida Atlantic University Harbor Branch Oceanographic Institute working with the team at Polymash. 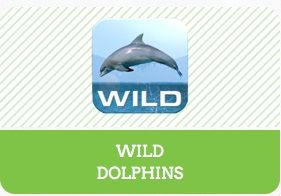 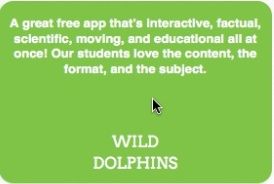 eSpark, is committed “to transform learning so it’s personalized, best of breed, engaging, and mobile; enabling students to succeed in school and in life.”

The Top of the Class List features the best 15 apps in eSpark’s curriculum of 750 apps, and Wild Dolphins has been included because it “stands out as an exemplary model” for the following reasons:

We are particularly proud because there are more than 100,000 educational apps, books, and learning resources available on the Apple iPad platform and being selected by eSpark’s curriculum experts as they continually scour the app store looking for the most rigorous and engaging learning apps that meet their strict criteria is an acknowledgement to all who contributed to its creation.