Last Updated on March 31, 2021 Like most developers, I often get asked how much it costs to build an app.  For many clients it is not apparent that this is a little like asking how much it costs to build a house or buy a car. It is a difficult question to answer, and often requires quite a bit of work to nail down requirements, choose development platforms that are suitable to the client's requirements and decide on back-end integration strategies.

We’ve had quite a few reactions to this post since it was originally published, and in 2014 and 2015 most people still thought that the cost of developing an app would rapidly decline. Perhaps this was anticipating that app development tools would become easier to use and cheap programmers would become ubiquitous. Perhaps this is driven by the fact that the cost of buying apps are “racing to the bottom”. But apps being cheaper to buy in the app store do not translate into the app development costs being any lower. If anything, user expectations about features, social sign-in, and ease of use have increased at the same time that expectations around prices are that they should be lower.

So no, app development costs have not really come down y much, in my opinion.

One of the best ways to estimate what an app will likely cost is to consider advice from multiple sources. There are now several app cost calculators out there, and by plugging in assumptions and required features, you should be able to get a consensus opinion about what the ballpark cost will be. Keep in mind that  it is important to configure assumptions about what functionality is needed, especially related to cross platform requirements and needing a back-end and database connectivity as well as social features, required for many app concepts out there… 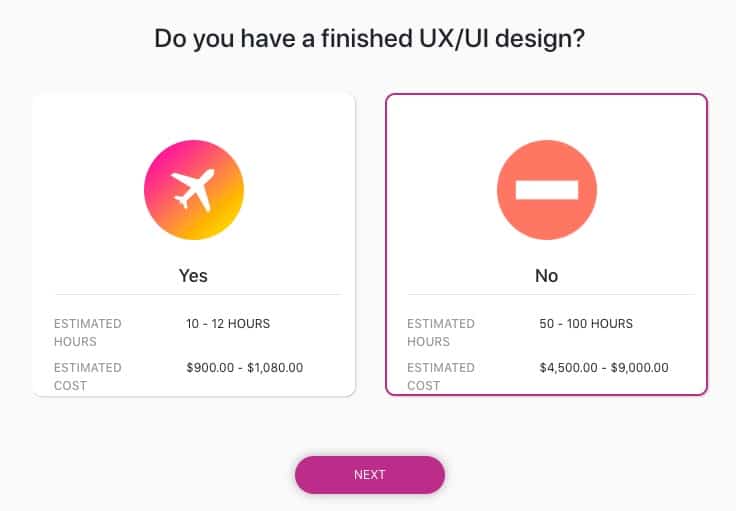 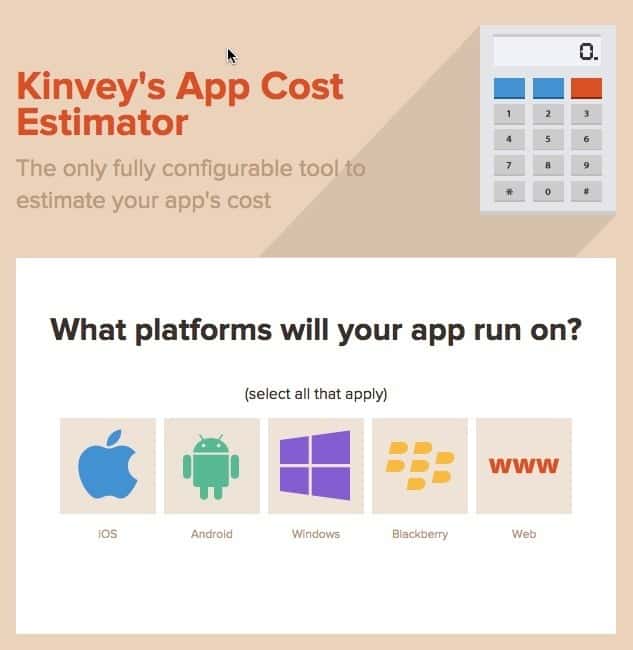 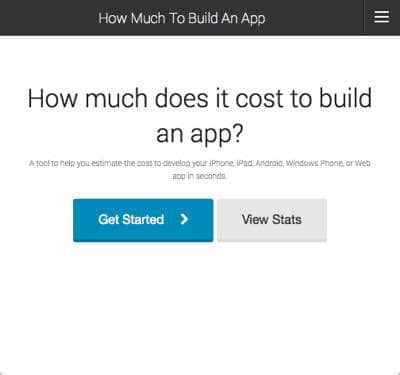 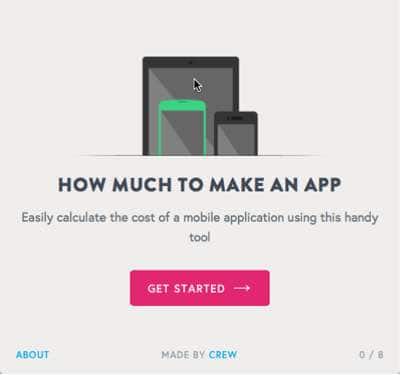 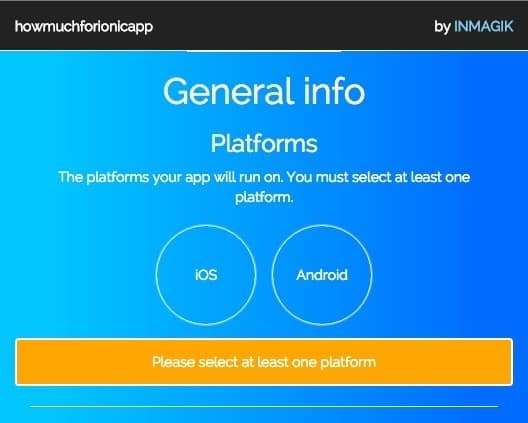 Since their introduction in 2010, tablets have become mainstay computing platforms, and  people’s expectations around App User Experiences for both smartphone and tablet platforms have since been raised by many of the great efforts out there.

High end apps like FlipBoard, Zite, Pulse as well as the many great games, entertainment and utility apps published during the last years have served to inspire developers and clients alike.

Consider that for games and high end apps it is a matter of having a champagne budget to accompany the champagne taste: Such apps cost hundreds of thousands dollars to develop, and projects like  FlipBoard raised 10.5M of first round funding, and have just gone back for round two for an eye popping 200 million. The iPad News reader Zite was sold to CNN for over $20 million.

On the low end there are automatic app creation services like The App Builder, Good Barber, and Appery.io which offer very low cost alternatives. However for such template driven apps in general the consensus among clients (and developers) seems to be that one gets what one pays for, and that such platforms will not serve brands to differentiate themselves from the pack

Do You Really Need An App?

Often clients come to me with a concept for an app. By the time they are talking to developers, they of course are thinking they really need this app, for whatever reason.

But often when I start digging into their business, assets, website, email lists etc., I wind up gently discouraging them from building an app when other fundamental aspects of their digital presence and strategy are missing or need to be built before an app project could ever bear fruit. 2012 was one thing, but in 2020 the app market is extremely saturated and only truly stand out ideas, with the requisite funding to develop and market them, have any chance at visibility. So for me, there may be truly ROI effective alternative ways to build up a digital strategy, before even considering developing an app.

Consider a recent 2020 example: The Democratic Iowa Caucus app. The spectacular failure of this app was avoidable with better and more experienced development approaches. Many of the faults there were platform independent and caused by decision making of the people involved – but vote counting could have easily been done with a mobile friendly web-site, and some of the app development costs could have been spent on better testing and faster deployment cycles.

Top Down vs. Bottom Up

But assuming a client is committed to develop one, one approach is to start with a top down budget figure, and then decide how many of the desired features can be accommodated within that budget. However very often clients do no wish to communicate such an up-front number.
The other approach is to start by gathering requirements from the bottom up and estimating the project costs. But depending on previous experience and "mobile readiness" of a client, this can be either a short or very long process; some of our clients did not even own a tablet computer at the outset of a project, and the familiarization process can take a long time.

Another phenomenon we've noticed that often apps are perceived by clients as an independent stand alone entities, even when they serve data from a network; the concept that an app may require a back-end content management system came as a surprise to some. App promotion costs are equally easy to overlook at the beginning of a project, we we stress the importance of budgeting for this up-front.

As part of our agile app delivery model we often recommend starting with a mobile requirements definition and design engagement, which has the added benefit of ensuring that the app development effort fits into the overall strategy of the brand, and considers User Experience and persona development dimensions. In the next section we will list industry examples and the full Polymash Agile App Delivery Model. The full Polymash Agile Delivery Model is available here: 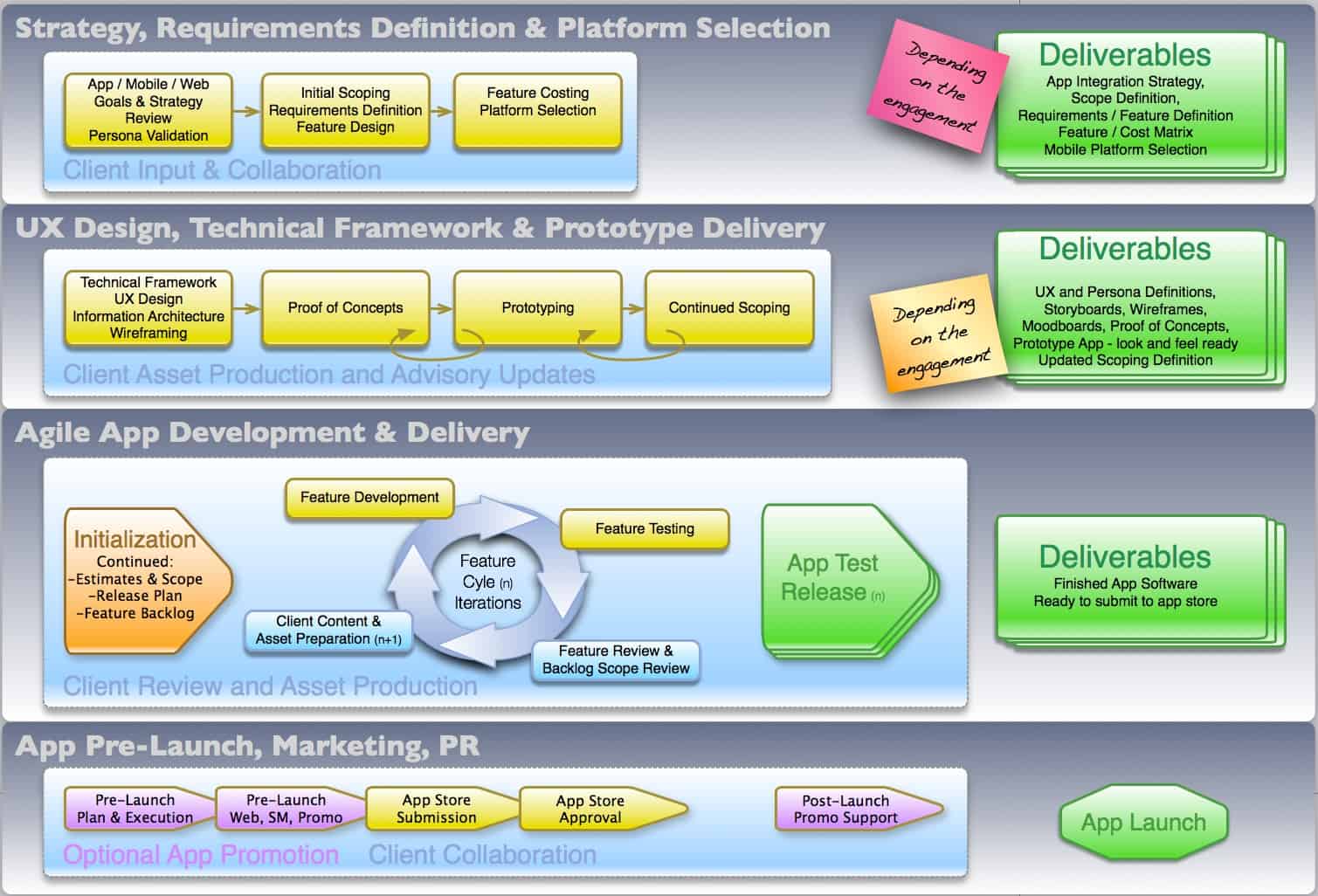 A few years ago I came across a couple of excellent articles that are still relevant and do an great job of breaking down the dimensions that contribute to tablet (and smartphone) development costs:

The Cost of Building an iPad App | PadGadget

The Cost of Building an iPad App | PadGadget
Regardless of who actually develops the app, let’s look at what it takes to build it. An iPhone or iPad app typically takes anywhere between 2 weeks to several months to build, depending on the complexity. Building an app is not just about coding, as it requires:

Design:
Unless you have the proper skills to do the design yourself, design will cost you money, especially for more advanced apps. Expect weeks of work to build all the app screens, and this job cannot be off-shored. At $50 to $150 an hour, U.S. based designers will likely bill you anywhere between a couple thousands of dollars for a basic app, to several dozens of thousands of dollars if you’re building a higher-end app that requires many screens to be designed.

Coding:
Similarly, writing the app’s code will usually take several weeks to several months of work. This work can be off-shored, and several outlets in Europe and Asia do this job for a living. If you decide to off-shore, you will likely save some money, however, keep in mind that off-shoring requires a lot of coordination, as you will have to manage teams that may not speak the same language, work different hours, and have hundreds of customers like you to deal with. A U.S. based team will likely cost you more, but these teams are local and are usually a lot easier to deal with.

Testing:
Nobody wants bad reviews in the App Store. In other words, you will need to spend days playing with your app, trying to identify bugs and find out what could go wrong. Again, depending on the complexity of the app, this job could take one person a couple days, or five people two weeks. Expect a lot of “back and forth” between the testing and development teams, in order to get rid of all bugs identified within the app.

Infrastructure:
Unless your app does not require any interaction with external servers, keep in mind that server development and infrastructure is critical for the app to succeed, as a slow server response and/or overloaded server will likely lead to bad reviews and poor sales, even if the app is great. Don’t be shy and expect to invest a lot of money on the server side of the equation, especially if you expect your app to be wildly successful. Good infrastructures do not come cheap, and keep in mind that recurring monthly fees will have a direct impact on your revenue.

Validation:
When you are ready to launch, the last gate is the validation. Passing the validation could take anywhere from a couple of days to several weeks, depending on the app and depending on the number of Apple guidelines your app may be infringing.
Project Management: The more third parties involved, the bigger your headache!

For a nice but simple app, the design work will likely take a designer about a week, which will cost you about $6,000. The server side will likely require a developer about 2 weeks of work, or about $12,000. Similarly, the app could be written in about 2 weeks as well, another $12,000. Add $5,000 for project management, hosting fees for a year, debugging, unforeseen delays, and your total budget is around $35,000.

How Much Does It Cost to Develop a Mobile App?

Appmuse Article – How Much Does It Cost to Develop a Mobile App?

Alex Ahlund, former CEO of AppVee and AndroidApps, and later an advisor to Appolicious, wrote a guest blog article about app sales on TechCrunch.  According to that article, a survey of 96 mobile app developers showed the average cost to develop an app was $6,453.  An article on OS X Daily about iPhone Development Costs reported that the development cost range for “small apps” is $3,000 to $8,000 and that “more complex or recognized brand apps” can cost $50,000 to $150,000.

Here is an infographic as well as comprehensive article:

As little as some 5 or 10 years ago, developing an app was unbelievably expensive. Most startups and SMBs could not afford to hire an international freelancer or outsource their app idea for development. But times have changed and today various mobile technologies have enabled startups, SMBs and enterprises to build an app in their budget. Here is an article from explaining current app development processes and costs.

For some additional resources and recent app cost calculators, see the following links:

How much does it cost to develop an app? – http://www.accella.net/how-much-will-my-mobile-app-cost-to-create/

How Much Will my Mobile App Cost to Create? – http://www.bluecloudsolutions.com/blog/cost-develop-app/

This post provided some very detailed estimates by the CTO of 5App and his conclusion:

It’s safe to assume that using traditional development techniques to create a cross-platform enterprise app won’t come in under £100K.